Ciudad Condal is host to one of the most important trade fairs in Spain and also one of the most influential throughout Europe: Fira Barcelona. Its constant activity, the quality of its halls, its flawless organization of events, and its prestige linked to the Barcelona brand, all make it so that the number of fairs and visitors coming each year continues to grow.

Started in 1932, Fira Barcelona organizes and hosts more than 500 events each year in which businesses from all areas get together to present novelties in their target markets, promote their businesses, and trade ideas and experiences. As the years went by, these expo halls and its delegations over 43 other countries have created one of the best platforms for commercial promotion, networking, and international projection of businesses and companies.

Its versatility and advanced infrastructure adapt to the necessities of organizers, exhibitors, and visitors alike. In all, the facilities total more than 400,000 m² (4,305,000 sq ft), split over two big halls, the Montjuïc Hall and the Gran Vía Hall. 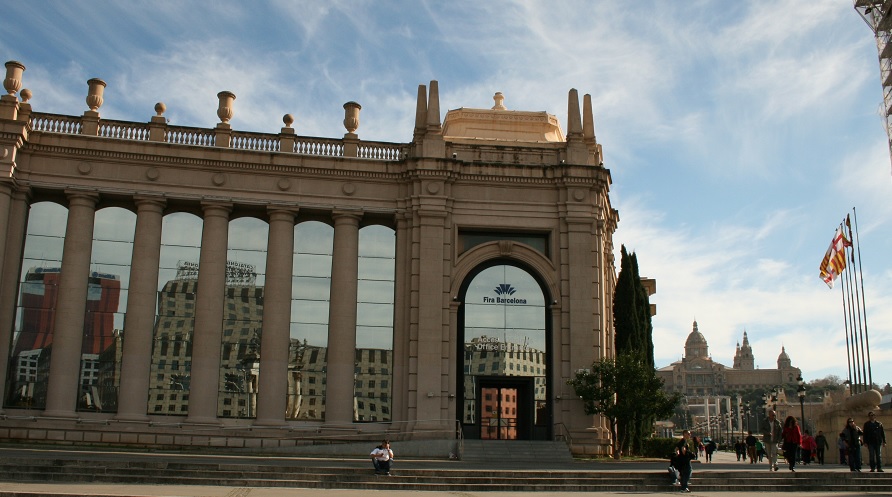 The Montjuïc Hall (Recinto de Montjuïc) was built in 1929 to host the World’s Fair (“Exposición Universal”). Its 6 pavillions and more than 20 restaurants blend tradition and modernity, making it one most emblematic urban fair halls in the world. It is located right next to Plaza España and María Cristina Avenue, and is surrounded by such good restaurants and amazing places as the Magic Fountain of Montjuïc or the National Art Museum of Cataluña (Museo Nacional de Arte de Cataluña).

Reaching Montjuïc Hall is quite simple. By car, you will simply have to follow the signposts to Plaza España. If you have arrived at the El Prat Airport by plane, you will have to take the C-31 road by car, go to Barcelona-Sants Station by train, ride bus line #46, or take the aerobus and make a direct connection to Plaza España. To reach the place from other points in the city, it is better to ride the subway lines L1 or L3, or any of the numerous transit bus lines reaching Plaza España. 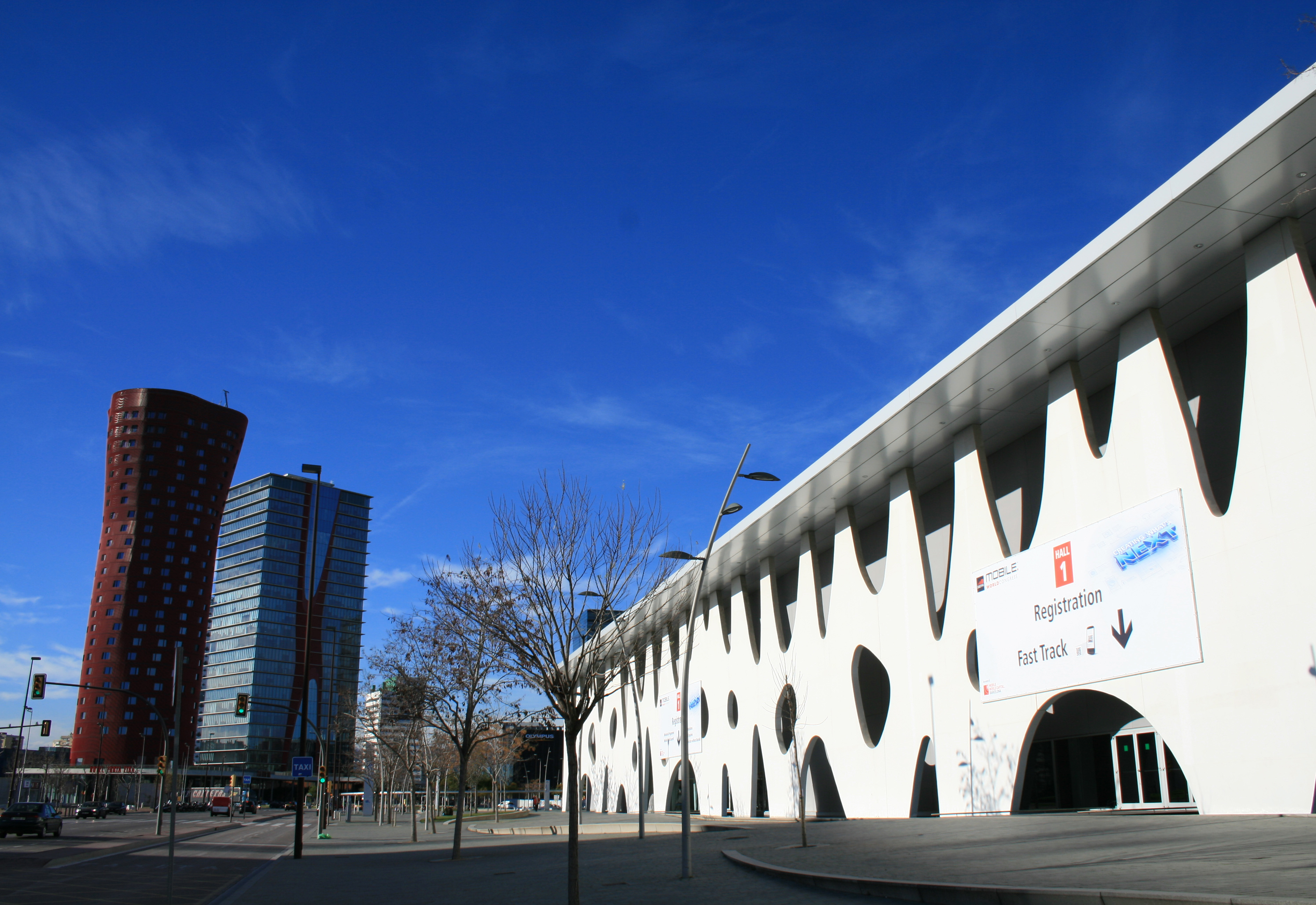 Next to Plaza Europa, about 3 km (1.8 miles) from Montjuïc Hall, you will find the Gran Vía Hall. This modern space designed by Japanese architect Toyo Ito is characterized by its functionality and sustainability. It hosts 8 pavilions interconnected by advanced technical and logistic facilities, 45 restaurants, and 2 heliports.

In spite of being farther away from the city’s downtown, Barcelona’s excellent network of public transport will let you easily reach the Gran Vía Hall. If you are travelling by car, you just have to take Gran Vía de las Cortes Catalanas Avenue and follow the signs to the hall. If you arrived by plane at the airport, you need to take C-31 road or bus line #46 stopping at Plaza Europa. If you reached Barcelona-Sants Station by train or are travelling from somewhere else in the city, your best option is to ride bus lines 72 or 79, or to ride the Rodalies’ lines S4, S8, S33, R5 and R6, all making a stop at “Europa/Fira”.

Conecting between Montjuïc and Gran Vía Halls can be done by bus line 79 or by Rodalies from the “Europa/Fira” station to “España” station.