Barcelona distinguishes itself from other touristic cities by the beauty of its monuments and plazas, its nice weather, exceptional beaches and parks, and its delicious cuisine. Still, most will argue that its imposing buildings, full of style and personality, are what make Ciudad Condal a really special place. Catalonian modernism has left a deep imprint all over the city, making each building an artwork deserving of admiration. It shouldn’t surprise you to find that one of the city’s main attractions consists in going through its streets looking for all those iconic buildings. The most interesting modernist routes in the city will be found in the Eixample and Gracia districts. 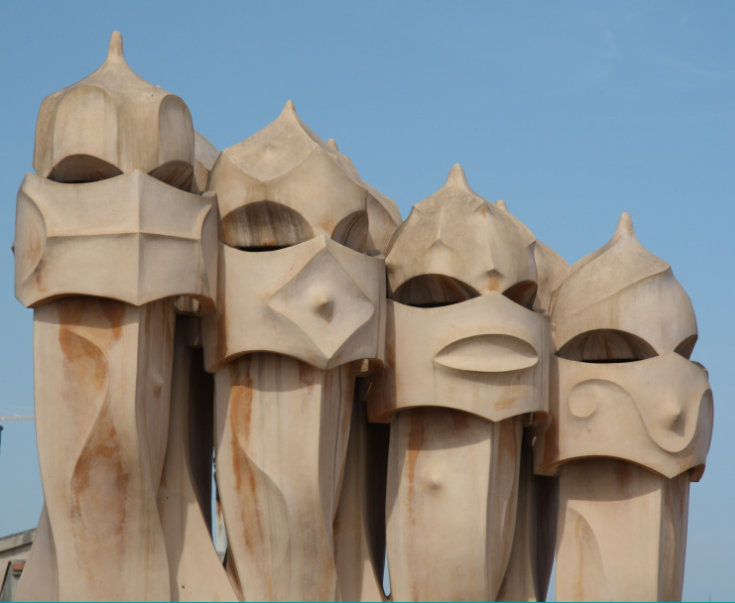 The Eixample district holds the biggest concentration of modern buildings in the city thanks to all the Catalonian high-class families who decided to build their stately residences in the area. The Cuadrado de Oro (“Golden Square”) buildings are a stand out, an area surrounding the Paseo de Gracia, and whose modernist route starts in Avenida Diagonal and ends in Plaza Cataluña. In this Eixample Izquierdo (“Left Eixample”) route, you will be able to admire amazing façades such as the one in La Casa Terrades, known as Casa de Les Punxes (“House of Thorns”) due to its towers. You will also find the Palau del Baró de Quadras, an expo center with a gothic façade featuring magnificent glass windows, gargoyles, and staircases. Visiting La Casa Milà – popularly known as La Pedrera – is a must, with its undulating stone façade and original terrace. You will then find Casa Marfà, with its elegant carriage entrance, and the so-called Manzana de la Discordia (“Apple of Discord”), which references the dispute between the three architects who designed Casa Batlló, Casa Amatller and Casa Lleó Morera. This route concludes by visiting Casas Rocamora, a neogothic residential complex, and Casa Pascual i Pons, inspired by medieval palaces. 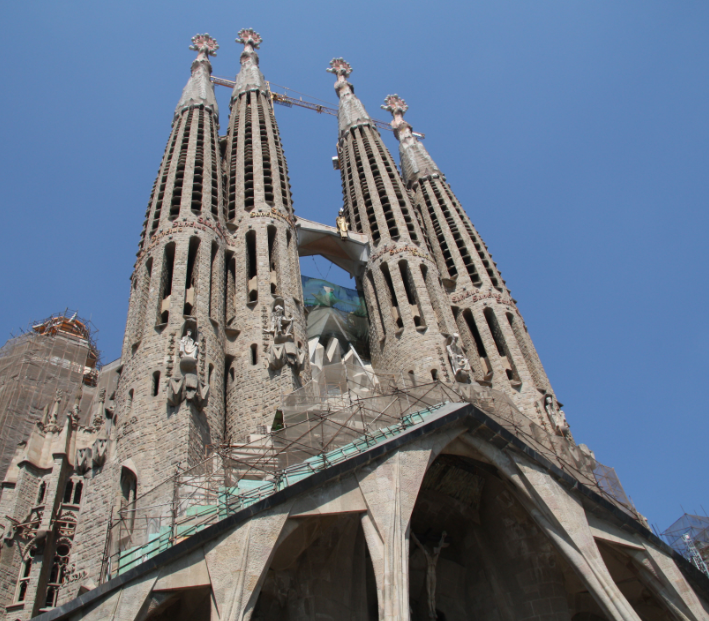 Another route of interest goes through the Eixample Derecho (“Right Eixample”), from the upper part of Avenida Gaudí to Plaza de Urquinaona. The route starts at the Hospital de la Santa Creu i Sant Pau, with perfectly ornamented façade and pavillions, and following Avenida Gaudí you will find the emblematic Sagrada Familia Church, the most mythical and representative monument in the city, designed by none other than Antoni Gaudí. The route continues with the Casa Mascaya expo center, of Catalonian gothic style, Casa Thomas, outstanding thanks to its beautiful vestibule staircase, and the Palau Montaner, with its magnificent stained-glass windows. The route ends with such buildings as Mercado de la Concepción, the Torre de Las Aguas and Casa Calvet. 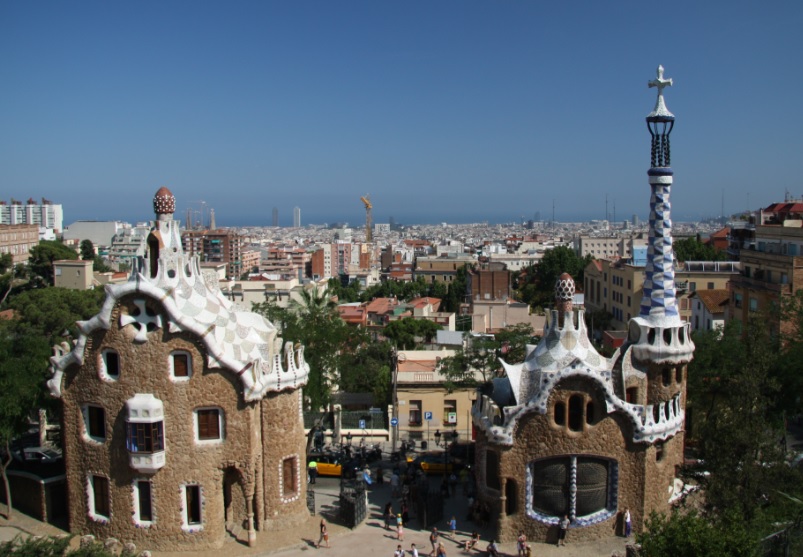 In the popular Gracia district you will also find vestiges of Catalonian modernism. In this case, the route starts at the original and popular Güell Park by Antoni Gaudí, from there you can traverse the neighborhood streets and marvel at Casa Ramos, Casa Vincens, Casa Joan Fatjó, Casa Rubinat, Casa Fuster or La Libertad Market. This route is of less importance than the Eixample ones, but it is still an ideal complement to get a real taste of how important this architectural style is to Ciudad Condal.