Barcelona, also known as Ciudad Condal (or “Count City”), is the capital of the autonomous community of Catalonia (Cataluña) and one of Spain’s most important cities. It is located in the northeast region of the country and boasts a privileged location next to the Mediterranean coast, just 120 kilometers away from France and the Pyrenees. Barcelona is the second most populated city in Spain, only surpassed by Madrid, thanks to the more than 1,600,000 inhabitants living in the city proper and more than 5,000,000 living in its metro area.

With the passage of time, Barcelona has become one of the most internationally renowned cities, be it inside Europe or the rest of the world, thanks to its immense tourist, commercial and financial importance. Its matchless architecture, refined cuisine, varied and vivid nightlife, and great cultural offerings make it so that more and more people choose to discover the cosmopolitan and welcoming city of Barcelona each year. 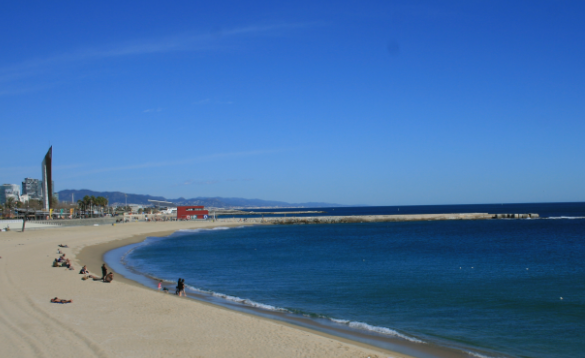 Every time of the year remains a good option for visiting Barcelona, its Mediterranean climate featuring mild winters and warm summers will allow you to enjoy the city and beaches during all seasons. Summers are warm during the day and cool by night, with temperatures ranging between 19 °C (66 °F) and 28 °C (88 °F). Winter is relatively cold, but mildly so, with temperatures fluctuating between 5 °C (41 °F) and 17 °C (63 °F). In all, the best time to visit Barcelona and maximize your time is during May, June and July, when temperatures are warm and not too high.

Aside from being familiar with the holidays, it is also useful to know the commercial hours ruling Barcelona’s establishments so as to enjoy the city to its limits and ease your shopping.

When planning your visit to Barcelona it is useful to know all the holidays, when most establishments and museums will remain closed.

It is also very useful to know a few important emergency numbers: