The first settlement in the area of modern-day Barcelona was started circa 1500 BC, even though it wasn’t until 218 BC that the Romans settled in Montjuïc and occupied modern-day Plaza de Sant Jaume. That was the moment the city started to be known as Barcino, where its modern name can trace its origins to. It was invaded numerous times by Frank-German hordes, by Visigoths and Muslims. After decades of power struggles, the Franks took the city from the Muslims and set up the County of Barcelona. 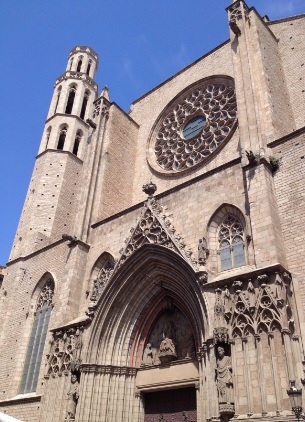 In 1137 Ramón Berenguer IV integrated the County of Barceloan into the Aragón Realm thanks to his marriage to Petronila de Aragón. The Aragon Realm’s expansion throughout the Mediterranean established Barcelona as one of the most important cities in occidental Mediterranean Sea. In 1249, King Jaime I founded the Barcelona municipality and the city continued to flourish into the next century when it was hit by the desolation brought by war and the black. By 1469 the Realms of Castilla and Aragón had been united thanks to the union of Fernando II de Aragón and Isabel de Castilla, also known as the “Reyes Católicos” or “Catholic Monarchs”. Afterwards, Barcelona developed an important military naval industry and was benefitted by the power of the Castillian crown.

During the 17th and 18th centuries, Barcelona lost its possessions in the Mediterranean and struggled through the Catalonian Revolt and the War of the Spanish Succession, where the Catalonian people, backed by French forces, revolted against the Spanish crown due to high taxation demands. Thanks to this conflict, France obtained half the Catalonian territories north of the Pyrenees, territories that never came back to Catalonian hands. Later, Cataluña’s backing of the House of Habsburg during the War of Succession led to complete Barcelonan bankruptcy and the House of Bourbon gaining claim to all Catalonian territories. One of the best known military operations of the War of Succession was the Siege of Barcelona, which ended on 11 September 1714, with the defeat of Barcelona. The defense of the city and the memory of the fallen are commemorated in the National Day of Catalonia on September 11. 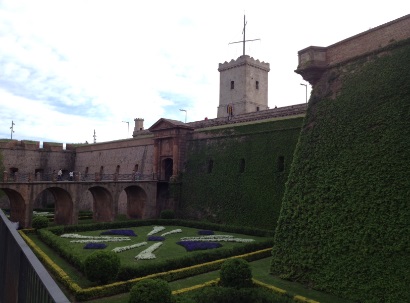 After the War of the Spanish Succession, commerce with the Americas and the rest of the Iberian Peninsula made Barcelona a prosperous city once again, with a particularly thriving textile industry. The weight of the working class in the city achieved critical mass in 1854, when the first general strike in Spanish history occurred. During the 19th century, and after the War of Spanish Independence (or Peninsular War), the train finally arrived to the city, coupled with the tearing of the walls and the Eixample’s construction. This revolution brought Barcelona into a golden age, as measured economically, artistically and by its monuments, leading to the city hosting a World Fair in 1888.

At the start of the 20th century, Barcelona developed its strengths and personality thanks to the modernist movement. Architects, painters and designers left an indelible mark all over the city. During this time of great prosperity, Barcelona held its second World Fair in 1929. Two years later, as the Second Spanish Republic was being proclaimed, Barcelona regained its political competency and passed its own Autonomy Act in 1932.

Even though Barcelona was one of the most besieged cities during the Spanish Civil War, as it harbored a multitude of republican loyalists, and lost its political claims yet again, it was also greatly favored thanks to the spectacular industrialization process that occurred between 1960 and 1975.

After the fall of Franco’s regime in 1975, Barcelona regained the Generalitat and its autonomy. It also achieved great economic progress thanks to Spain’s entry into the European Union and hosting the 1992 Olympics, granting the city world fame and showcasing its attractive touristic appeal.

Now, Barcelona is a modern and cosmopolitan city that counts with the luring appeal of any great city: beaches, good weather all year round, excellent transport system and communications network with the rest of Spain and the world, monuments and museums, fairs and international expos, and a wide offer in nightlife and gastronomy.