There is a custom-made Barcelona for each visitor. It shouldn’t surprise you that, aside from excellent wines and cavas (Spanish sparkling wines), Barcelona also offers a wide range of microbreweries from all over the world. True beer lovers will be able to enjoy specialized breweries from all over the city, some of them with their own shops, offering distinctly different beers from what you may find in any other bar.

La Cerveceta is certainly a standout, an old brewery located in the Gothic neighborhood, just a couple blocks away from the sea. Aside from offering a wide selection of artisanal beers and having a store with beers from all over the world, it has also become a meeting point for beer lovers. Here you will find information, guidance, special beer events, and you will even be able to participate in workshops or guided tours.

Found in broad Born district, Ale&Hop is a small and intimate beer store where you will be able to taste beers of all kinds and origins, coming either from one of its 10 rotating beer taps or in bottle, but always served with delicious appetizers or vegetarian food. 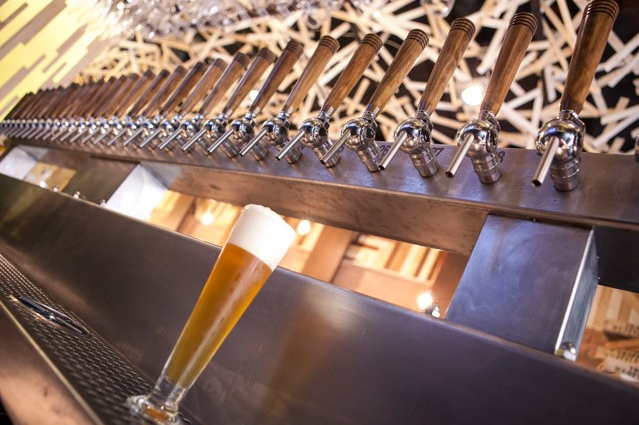 Very close to the Plaza Cataluña we can find the BierCaB Brewery, a modern bar that has a huge column of 30 taps and two screens showing which are the beers being offered, their style and graduation. It also offers a wide menu of bottled beers, both traditional and imported, and a wide selection of snacks from which Wagyu burgers or cod donuts stand out.

In the Poble Sec area you will find La Resistencia, a brewery counting with 12 beer taps constantly changing beers, and where you will be able to enjoy a selection of high-quality micro-brewed beers, both from Cataluña and abroad. Obviously, pints are served with the best selection of cold cuts, cheese, or dried fruits and nuts.

If you walk down the Avenida Paralel towards Plaza d’Osca, you will hit the Homo Sibaris brewery, one of the first to offer micro-brewed and natural beers. It has several taps regularly rotating the beer being served so that everyone can find the one they enjoy best. Being a brewery and store, Homo Sibaris makes its own brand of beer and organizes tasting events, all served alongside a wide selection of artisanal cheese options of the best quality. 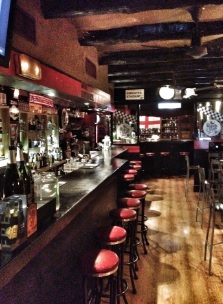 You will have to reach the Les Corts area to meet the Black Lion, famous for being the oldest pub in Barcelona. Its classic English style and huge TV screens make this the perfect place to enjoy a good beer and watch your favorite sport events. It offers a wide selection of bottled or tap beers that you will be able to taste there or take home.

In the Gracia district you will find Cervesera Artesana, a classic brewery in the city, keeping its traditional style alive by fusing it with a modern touch. Aside from offering an extensive selection of national and international beers, Cervesera Artesana brews its particular brand of beer fashioned after the traditional English style. The whole “Iberian” beer elaboration process can be watched through the big glass windows in the establishment while you enjoy any of the 4 variants they brew.

Another interesting place is Cervecita Nuestra de Cada Día, located in the Poblenou area and offering more than 600 brands of beer from all over the world. It also organizes tastings and courses to get to know the brewing process and how to pull the perfect pint. In addition, this establishment offers space for patrons to organize special events in relation to beer.

Last, but by no means least, you can find D2Dspuma in the Sant Andreu area, a brewery and store where you will be able to buy and taste artisanal beers with a good serving of “patatas bravas” (fries with a spicy tomato sauce) or hamburgers. It has more than 200 bottled beer options and 5 rotating beer taps. In addition, this establishment also organizes occasional beer tastings.