Cataluña can boast to having a world-renowned gastronomy that roots its prestige on the region’s excellent products. Its magnificent Mediterranean cuisine, famous for fusing land and sea food, has made the city of Barcelona the best gastronomical city in the world and a first-rate benchmark for professionals all around the world. Be it found in the most exclusive restaurant or a small tapas bar, Catalonian cuisine has a distinguished identity and very varied typical dishes. Among the highlights you will find:

– Tomato bread: One of the most typical dishes found in the Catalonian cuisine, widely known and easy to prepare. It consists in rubbing tomatoes over bread slices and adding salt and oil. Clearly a simple dish that can become a delicacy if taken together with a good piece of traditional Spanish “serrano” ham.

– Esqueixada: Is a type of cold salad consisting of green and red bell peppers, tomato and onions, alongside shredded cod or tuna as the main protagonist. If you add any kind of legume, the dish is then known as “empedrat”.

– Escalivada: Is a hot salad consisting of tomato, pepper, onion and cooked eggplant, seasoned with a bit of salt and oil.

– Calçots: This simple dish consists of calçots, a kind of onion, as the main ingredient. The onion is cooked and then prepared with “salvitxada,” a sauce containing garlic, tomato, oil and dry fruits.

– Embutidos: The most characteristic cold cuts and delicatessen found in Catalonian cuisine are the fuet and the butifarra (Catalonian sausage), which can be consumed fresh, cooked, with pine nuts or onions.

– Gambas de Palamós: Delicious red prawns that can be eaten fresh, grilled or with sauce. 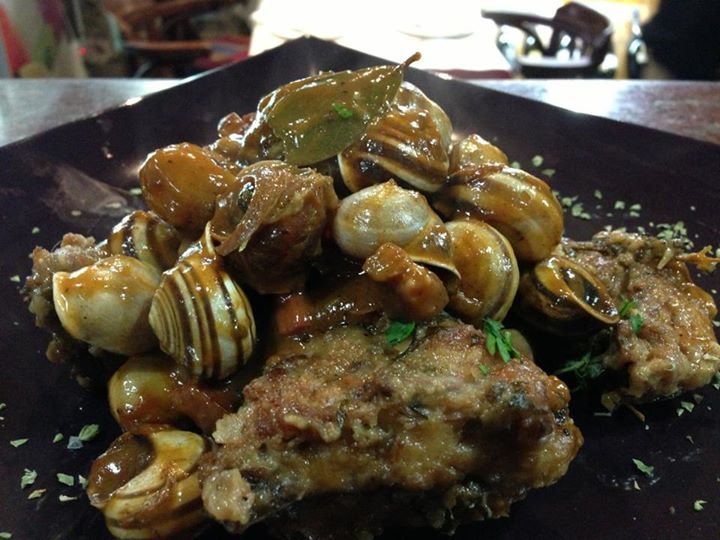 – Fricandó: This one mixes mushrooms and minced meat, seasoned with a delicious sauce. It is best eaten with bread by your side.

– Escudella: This typical Christmas dish is similar to a stew. It includes chickpeas and potatoes, cabbage, butifarra and meat. Served with galets soup.

– Crema Catalana: This is one of the most widely known desserts in the Catalonian cuisine. The recipe for this creamy and sweet dessert is based on pastry cream coated with sugary caramel, making it a crunchy treat. 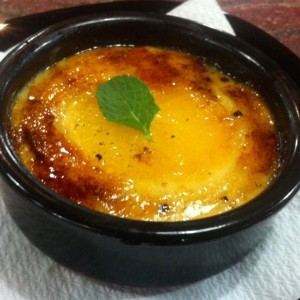