Barcelona is a sports-minded city. The number of people visiting the Ciudad Condal to enjoy the large offer in sporting events is always growing. Among the highlights, you can find football soccer matches, motorbike and car races, tennis tournaments and even aeronautic shows. 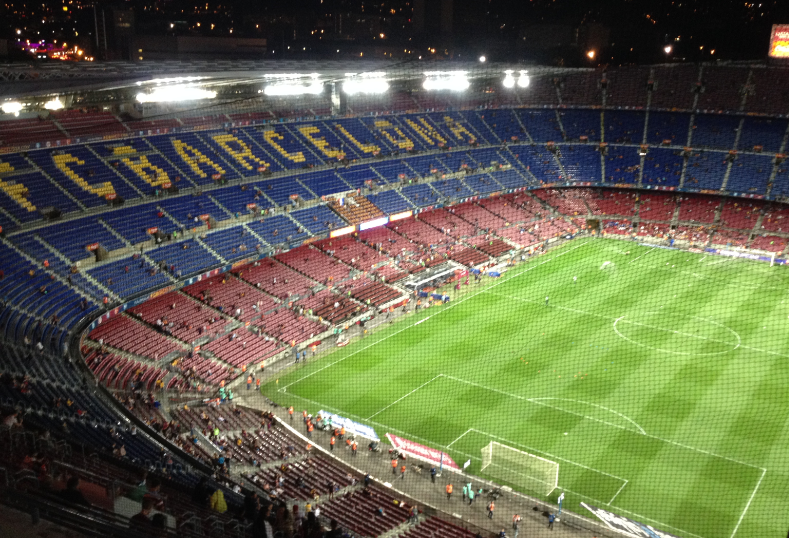 Without a question, FC Barcelona is one of the city’s biggest sport attractions. The passion that Fútbol Club Barcelona generates around the entire world has made its stadium, the Camp Nou, one of the city’s hottest spots. There, you will not only be able to assist to a match and witness some excellent football, but also take an opportunity to visit the facilities, changing rooms and benches, and even a museum, which has displays on the club’s rich history and magnificent career.

You can also assist to another interesting sporting event: one of the nine venues in the Red Bull Air Race World Series. This air racing championship, which combines aerobatics with high performance, is held sometimes over the city’s beaches and brings in people looking for not just the competition itself, but also the shows celebrated before the race. The first time Barcelona served as a venue was in 2006, when it attracted more than a million spectators to the Nova Icària and Bogatell beaches.

Another important sporting event to assist in Barcelona is held every year in the Montmeló Circuit of Barcelona-Cataluña. There, both the Road Racing World Championship Grand Prix of Cataluña and the Formula One Grand Prix of Spain take place in the month of April. By assisting to the races you will be able to live out the speed and passion stemming from the world of motors, and witness the skills of such drivers as Fernando Alonso, Dani Pedrosa, Marc Márquez or Jorge Lorenzo.

Motorbike racing is also present in Barcelona as the year begins, when Palau Sant Jordi is host to Indoor Trial International. This is considered one of the biggest, most difficult and spectacular indoor trials in the FIM X-Trial World Championship. The first edition took place in 1978 and has now consolidated as one of those events no motorcycle enthusiast can afford to miss.

Yet another standout event is the Conde de Godó Tennis Cup, held at the Real Club de Tenis in April. This emblematic tournament started in 1953, is part of the ATP World Tour 500 and thus attracts each year the best tennis players in world, both Spanish and otherwise. The Conde de Godó Cup brings together each year tennis players such as Rafa Nadal, David Ferrer or Nicolás Almagro, and hands prizes worth more than a 1.5 million euros.