How to reach Barcelona

Barcelona – or Ciudad Condal – is one of the most visited cities in the world, making it a real hub for both national and international travel. Land, air and maritime travel routes allow anyone to reach the city from anywhere in the world, be it by car, bus, train, boat, or plane.

If you want to travel by car, Barcelona offers an excellent arrangement of freeways (“autopistas”) and highways (“autovías”) that connect the city with the rest of Spain and France. Ciudad Condal is just 300 kilometers (186 miles) from other community capitals such as Zaragoza or Valencia, around 600 km (370 miles) from Madrid, and approximately 400 km (250 miles) from French cities like Toulouse o Montpellier. Getting to Barcelona from Madrid is actually fairly easy if one takes Autovía del Nordeste A-2 until Zaragoza and then the Autopista del Nordeste AP-2, which leads into the city. For those coming in from the Mediterranean, it’s best to take the Autovía del Mediterráneo A-7, connecting cities all through the coast from Algeciras to Valencia. Once in Valencia, the Autopista del Mediterráneo AP-7 offers the best direct route to Barcelona. This same freeway (AP-7) also connects Barcelona to other Catalonian cities, like Girona, before reaching France.

Those travelling by bus, will find that both national and international bus services arrive at Estación Nord – a bus station located in the city’s downtown – or at the Barcelona-Sants Station, close to the Plaza España square. Both stations connect to the rest of the city via subway and transit bus. 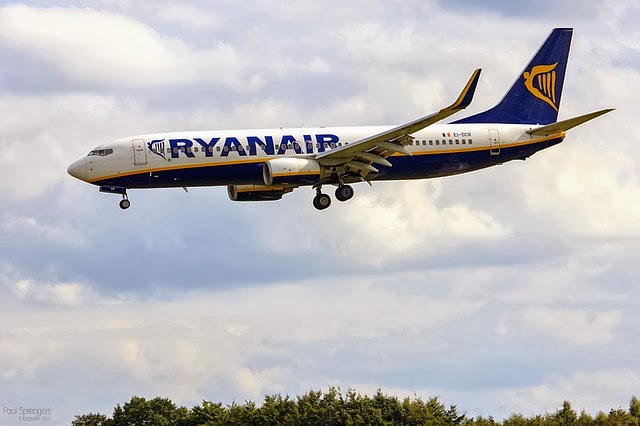 Though land connections are plenty, arguably the most common option used for reaching Barcelona is by plane. El Prat Airport, close to 12 km (7.5 miles) from the country’s capital, bridges Barcelona with the most important cities around the world, and is in fact the second busiest airport in the country as measured by number of passengers. The best way to reach the city’s downtown is to ride the Rodalies (commuter rail service), departing every 30 minutes from Terminal 2, and arriving at Barcelona-Sants Station in 20 minutes. Another valid option is to take the aerobus express shuttle (A1 and A2), connecting the airport to the Plaza Cataluña square, or to ride Barcelona Metropolitan Transport bus line #46, leading to Plaza España. Those who might prefer to travel by road can catch a taxi from both terminals or rent a car from any of the five rental car services available. Then, you will simply have to take the C-32B freeway, which connects Terminal 2 with access roads to Barcelona.

Visitors coming by train will also arrive at the Barcelona-Sants Station, one of the most transited stations in the country. This station receives regional trains from all around Spain, but, without a doubt, using the AVE remains the best option. This high-speed train connects Ciudad Condal with other Spanish cities like Madrid, Zaragoza, Málaga, Valencia and Sevilla, and also with French cities such as Paris, Lyon, Toulouse and Marseille.

It is also possible to travel in by boat from all around the Mediterranean. Cities like Palma de Mallorca, Ibiza, Menorca or Genoa have daily cruisers arriving at Ciudad Condal. Even though the trip can be rather long, this is still an ideal choice for those visiting from the Balearic Islands who want to have their own car available while vacationing.