Barcelona is one of the world’s best regarded tourist destinations, as the millions who choose to spend their vacations in the city prove every year. In the streets of Barcelona you will find hundreds of cultural, architectural, and gastronomic marvels, all making Ciudad Condal one of the world’s benchmarks for high quality tourism. Of all the required sightseeing any visitor must experience, there are several places to highlight due to their iconic status: 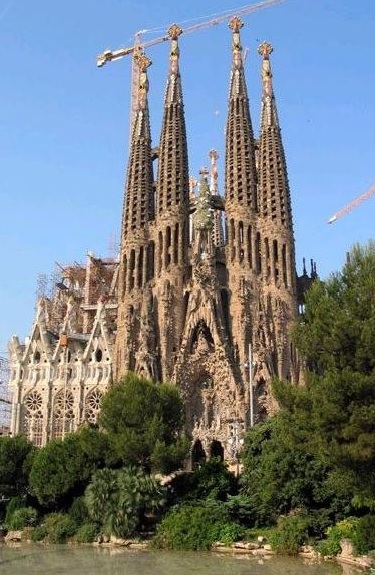 – Sagrada Familia Church: Without any doubts this is the most emblematic and iconic monument Barcelona has to offer. As the best example of modernist architect Antoni Gaudí’s grandiose work, it delights people from all over the world thanks to its colorful interior and elaborate façade. While construction started in 1882, it can still be found growing day by day, reaching for the city’s sky.

– Magic Fountain of Montjuïc: This astonishing fountain, consisting of a central piece and three superior waterfalls, has become a mandatory visit thanks to the spectacular light, music, and water display it offers every night.

– Casa Milá: Better known as “La Pedrera”, this popular work by Gaudí is located in broad Paseo de Gracia and is characterized by the rustic undulating stone façade and its marvelous terrace with warrior-shaped chimneys. 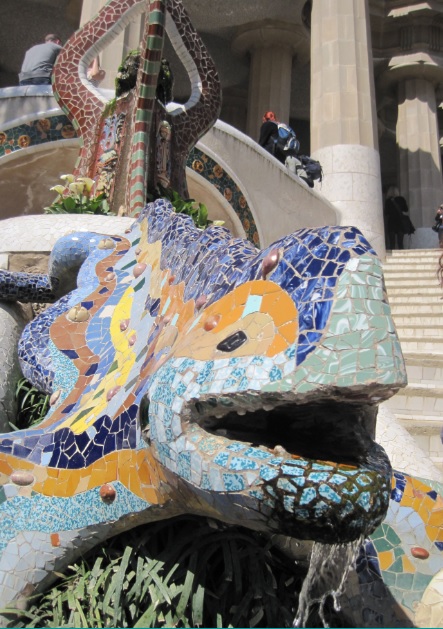 – Güell Park: This singular garden complex designed by Antoni Gaudí and inaugurated back in 1922, is one of the main tourist attractions in Barcelona. Its undulating architecture and nature-inspired figures are just some of the basic elements present in this park, which also offers one of the best views of the city.

– Güell Palace: A UNESCO World Heritage Site, this palace – built between 1885 and 1890 by Antoni Gaudí – is an eccentric building full of eye-catching details and ornaments. Its beautiful interior and terrace stand out above all else, the latter covering more than 400 m² (4300 sq ft) and featuring colorful ceramic chimneys.

– Camp Nou: The famous Fútbol Club Barcelona stadium has, as of late, become one of the most frequently visited places in the entire city. Built in 1957, Camp Nou is the largest European football stadium and offers both a fascinating tour and museum visits, allowing everybody to get intimately acquainted with one of the best football clubs in the history of the world.

– La Boquería: Located in downtown Las Ramblas street, the La Boqueria market is a full-blown model of culture and Catalonian cuisine benchmark. Inside – aside from experiencing an animated ambiance full of tourists and Barcelonans – you will find a mix of scents, flavors, and colors coming from the most representative Catalonian products.

– Casa Batlló: Another masterpiece of modernist architect Gaudí, it is located at Paseo de Gracia. Casa Batlló is not just a wonderful façade, it also leaves a lasting impression thanks to its colorful interior, winding forms, beautiful lightwell garden and the novel chimneys of its roof terrace.

– Monastery of Pedralbes: Found in the Les Corts district of uptown Barcelona, it represents one of the best examples of Catalonian gothic style. Founded in 1326, the monastery housed cloister nuns of the Clarisas Order and offers an exclusive and faithful look at the monastic life of the period.

– Palau de la Música Catalana: This concert palace, whose construction ended in 1908, is one of the most representative monuments of the Catalonian modernist movement. Its characteristic façade, full of architectonic elements, perfectly complements the interior hall, full of colors, reliefs, sculptures, and stained windows.